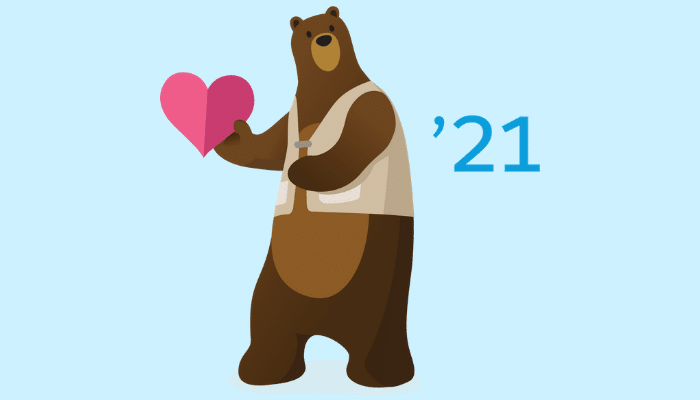 Use with sharing for @AuraEnabled Apex Controllers with Implicit Sharing (Update, Enforced)

Create a Lightning Web Component (LWC) and use it as a quick action. Lightning Web Component actions work side by side on your pages along with Lightning component and Visualforce actions. LWC actions offer advantages such as the ability to easily customize headers and footers, and to create actions that have no UI representation. Available to orgs that enable the pilot feature.

To attach actions to your Queueable jobs, you must implement the FinalizerContext interface. Only one finalizer instance can be attached to any Queueable job. You can enqueue a single asynchronous Apex job (Queueable, future, or batch) in the finalizer’s implementation of the execute method. Callouts are allowed in finalizer implementations. For more information on implementing Transaction Finalizers, including examples, see Transaction Finalizers (Beta) in Apex Developer Guide.

For invocable actions that perform callouts, you can now add a callout attribute to the invocable Apex method annotation. With this information, a flow calling the action knows how to manage the transaction at run time. To flag callouts in Apex methods annotated with @InvocableMethod, add the callout attribute to the annotation and set it to true.

Apex optimized the way it uses query cursors. In cases such as SOQL queries that use a for loop, Apex no longer generates or uses query cursors internally. Instead, records are buffered in memory for improved performance and reduced query cursor contention. This optimization doesn’t apply to Batch Apex queries.

The sample below returns a single record sObject for the custom metadata type named Games_mdt with record ID specified as m00000000000001.

Use the to15() method in the System.Id class. This method uses the case-sensitivity checksum in the 18-character Id value to fix any mangled casing and returns a 15-character case-sensitive string.

From version 51.0 onwards, the format() method in the System.String class supports single quotes in the stringToFormat parameter

From version 51.0 onwards, the hashCode() method in the System.System class returns the same hashCode for identical Id values

Salesforce Object Query Language (SOQL) now makes it easy to include pre-defined groupings of fields within a query statement using the new FIELDS() function. Use FIELDS(ALL), FIELDS(STANDARD), or FIELDS(CUSTOM) in your SELECT statements.

This site uses cookies, including third-party requests, to offer you services in line with your preferences. By closing this banner, scrolling this page or clicking any element, you consent to the use of cookies. If you want to learn more or opt out of all or some cookies, click here